So it finally happened – the looming breakdown of bitcoin below $7k and overall market slump. We have been talking about it for the past month or so and the scenario we kept predicting seems to be unraveling.

The total market cap seems to be dropping to our predicted zone of $162 billion – it stooped all the way to the current $178B before (data by Tradingview).

Right now, there is no significant support zone to stop the bleeding before the aformentioned $160 billion.

I would argue that total market cap chart is the most important one to pay attention to as it is a leading force and direction picker for all coins, bitcoin included.

As you can see below, Fear & Greed Index is still in the extreme fear zone with chances of dropping even lower being significant. Sentiment of the market is important element when assessing the future behaviour.

Chainlink finally fell below $2, a prediction we made a month ago. Below is our reasoning from November 24th:

As commented in our previous analysis, LINK is most likely to drop below $2 before we see a market reversal. Chainlink did manage to hover around right above $2 mark longer than we expected but since we see an impending market implosion, Link will probably live through the scenario described in the following rows.

Below is our previous analysis from December 2nd that still stands:

LINK used to be able to decouple from the rest of the market and fly on mini moons on its own. However, this crypto winter froze the blood of LINK bulls as well and it seems we are about to see a nosedive to the sub $2 levels.

LINK is hanging by a thread at $2.12, below its crucial Fib786 height (June-September high low swing). If it fails to hold this height, a drop to $1.49 where it has a solid support is very likely.

Should the tides change and we make an upturn, $3.14 is a vital resistance that prevents Chainlink from reaching an actual moon.

Below is our long-term LINK price prediction for 2019 and beyond.

ChainLink was one of the big winners this year and has seen strong growth. Will the project be able to build on its success to date? What is the long-term ChainLink price prediction for the next 5 years? Is an investment worthwhile?

ChainLink is a project that acts as an intermediary between Blockchain Smart Contracts and traditional non-blockchain applications such as website APIs, databases and payment processing systems. The company is thus the interface between Blockchain and classic payment systems such as SWIFT, Visa, Mastercard or PayPal. The node operators extract data from off-chain systems and convert it into blockchain-compatible formats. ChainLink’s native token is an ERC-20 token called LINK. It is used to pay the node operators.

ChainLink price prediction: Why is the project currently on the upswing

ChainLink currently produces ROI of around 1226%. This means the LINK token has increased its value by a factor of 1226 since its first listing in September 2017. However, most of this rapid growth took place in the first half of 2019. At the end of June, LINK reached its highest level of US$ 4.54. By comparison, the price at the beginning of 2019 was around US$0.30. The price of LINK was around US$0.30 at the beginning of 2019. Where is this upswing coming from and what consequences will it have for ChainLink’s price prediction for the coming years? The most important factors here are:

The Coinbase effect: On June 28, 2019, Coinbase listed the LINK token on its platform. Shortly thereafter, the price jumped many times over. This phenomenon is known as the coinbase effect. As soon as the exchange adds a new coin, its value increases. The listing triggered great interest in ChainLink and many people first became aware of the project and its partnerships. The demand for the tokens increased and so did their value. It remains to be seen what effect this will have on the ChainLink forecast in the future, as this is usually not a long-term growth boost.

Partnerships: ChainLink’s team has worked with a number of large companies, including technology giants Google and SWIFT. They have also partnered with many other blockchain projects, including Web3, Polkadot, Hedera and QuarkChain. They were able to integrate their technology into the Smart Contracts. ChainLink is likely to enter into many more partnerships and develop use cases in the future. This will have a positive impact on the ChainLink forecast.

Use cases: ChainLink can already be accommodated in a wide range of applications. The list is far from being exhausted. The technology could be implemented in any area. It offers the possibility of supplementing everyday things with Smart Contracts. In the future, it could help to monitor sports betting, bond prices, weather data, cloud services and many other things. The more use cases the company can offer, the better it will be for long-term price development of ChainLink.

With the above points, the ChainLink forecast for the coming years would appear to be positive. This is what various forecast websites say about the price development of the LINK token:

Wallet investor: The forecast platform performs an intelligent technical analysis for its ChainLink forecast. According to this, the price for a LINK could be around US$5.97 in a year. According to estimates, a value of US$ 21.30 could be achievable by August. This would correspond to a price increase of around 924% compared to the current exchange rate.

DigitalCoin: LINK will close at US$ 3.24 at the end of 2019. In the coming years up to 2024, LINK will increase to up to US$ 8.46. While the price will drop slightly by around US$ 2 in 2025, it will recover significantly in the following year 2026. The ChainLink price prediction based on historical data assumes that the price could even rise to US$ 10.76 in the next 7 years. 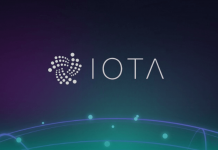 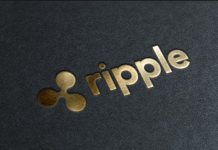 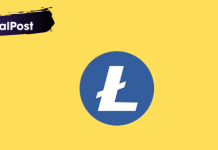 Cryptojacking: When the phone mints Bitcoin without your knowledge