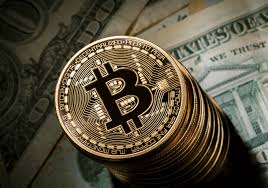 Rebutting the Myths: Criminal and terrorist activity behind crypto transactions is down from 90% to 10% of the transactions

One of the main arguments for the governments of many countries trying to establish strong regulations for the crypto currency sector, and for the fact that their use has even been banned in many of them, is their alleged association with the perpetration of criminal acts and the financing of terrorism.

The decentralized nature of cryptocurrencies, the pseudoanonymity and privacy offered by many crypto currencies, coupled with the possibility of using them, independently of government controls, are factors that look – in the opinion of many authorities – like the perfect elements for them to become chess pieces for organized crime.

However, the data from various studies and investigations that have been carried out in different countries show the opposite: crypto coins are not as widely used for criminal activities as many think. Even so, many news media still tend to stress this idea.

SOME OF THE ALARMING NEWS

In early February 2019, the armed wing of the Palestinian Hamas group asked its supporters for bitcoins to fund their operations in the Gaza Strip. The aim was to evade the blockade and restrictions implemented by Israel and other countries through their intelligence agencies.

Donations were detected in crypto coins that were received in Binance and Coinbase wallets. At the news level, it was noticeable that militants were receiving crypto coins in centralized exchanges, which apply protocols such as Know Your Customer (KYC), Anti-Money Laundering (AML) and Terrorist Financing Prevention (CFT).

Faced with the blockade in the exchanges, the members of the group allegedly opted to migrate the funds to a personal wallet. Still, other security options remain, taking into account that since last year, the U.S. Department of the Treasury may add crypto currency portfolios to its list of Specially Designated National Sanctions (SDN). In fact, in November 2018 it included two addresses of Iranian bitcoins on the SDN list.

In the past year other information about terrorist groups linked to crypto currencies also circulated in the media. In November, a New York woman, identified as Zoobia Shahnaz, pleaded guilty to laundering money with crypto coins to finance the Islamic State (terrorist group also called ISIS).

According to the U.S. Department of Justice, Shahnaz provided Isis with a total of $150,000 through representatives in Pakistan, China and Turkey. Another $22.5 thousand was obtained through fraudulent bank loans from American Express, Chase, Discover and TD Bank. Although the woman attempted to flee to Syria after these transactions, she was caught and is currently facing charges in prison.

Alarming reports in 2018 included the dark web identification of a platform for crypto-currency financing of Syrian mujahedin paramilitary activities.

The platform, called SadaqaCoins, was launched in late August 2018, is accessible via the Tor browser and features several projects supported by the terrorist group that accept donations of bitcoin, ether and monero (with the possibility of accepting other cryptocurrencies later). It also allows collaborators to browse the platform and choose the project they wish to support.

The discovery made by an open-source analyst, Benjamin Strick, generated some controversy, as another researcher, named Chris Monteiro, described the site as a form of cryptocurrencies fraud and questioned the credibility of the pages supposedly related to Jihad.

Despite the fact that the news is creating an image that establishes a direct and close relationship between crypto currencies and terrorist groups, there have been studies that question this idea for some time.

Among the opposing opinions are those of expert Yaya J. Fanusie, a former CIA counterterrorism analyst and director of analysis at the U.S. Foundation for the Defense of Democracies’ Center for Illicit Sanctions and Finance, who said in September 2018 that terrorists prefer to handle cash rather than crypto currencies.

He explained that after documenting fund-raising campaigns in crypto currencies conducted by the Islamic State and Al-Qaeda, the evidence indicates that these groups have not had the success expected in this type of campaigns.

Among the reasons for his assertion, the official highlighted the conditions of the environment where terrorists tend to live, with limited connectivity and an almost non-existent technological infrastructure. However, he also does not deny that the terrorists’ interest in crypto currencies is increasing, although “it has not been fruitful”.

He therefore believes that cash is still much more functional for terrorist purposes than crypto currencies.

The same conclusion was also reached by the European Parliament and academics at New York University School of Law through research conducted in 2017 and 2018. The academics published their study in 2017, and in their research they document terrorists’ difficulties in using advanced technology, operating in areas with little access to telecommunications.

For its part, the European Parliament study conducted in May 2018, showed that there is only a small number of public documents and confirmed cases of financing of terrorism involving crypto currencies.

According to parliamentarians, the records indicate that – albeit in low volume and non-systematically – both religious and political extremists have used crypto currencies for criminal purposes, with little danger of growth of this type of activity in the short term.

Some of the forms of use of virtual currencies for criminal actions that have been registered include the collection of funds in social networks and decentralized platforms, the transfer of funds and values between terrorist networks using p2p exchanges, and the sale of goods on the Dark Web.

INTEREST IN BITCOIN MAY INCREASE

Despite its findings, the European Parliament does not rule out that terrorist groups’ interest in crypto coins may increase. They foresee, therefore, a long-term advance, due to the development of private crypto currencies (because of their anonymity) and a more massive adoption of innovations linked to social networks and online platforms; all this together with a possible convergence of terrorism with cybercrime.

On this subject, Yaya J. Fanusie speaks in a recent tweet about the rise of the terrorist learning curve on the technology of crypto coins, taking into account the proceeds achieved by Hamas after the call it made in early February, which included a video and infographics to explain to the public how to pay with bitcoins.

Fanusie says jihadist groups continue to experiment with virtual currency funding, and says that reports have emerged of other Palestinian militant groups that have also launched campaigns to collect bitcoins.

However, it is important to point out that as the learning curve of terrorists increases, the authorities have also devoted themselves to studying new technology in order to counteract the illicit uses made of crypto currencies.

It is worth remembering that all transactions carried out on the Bitcoin network are public, and can be queried through a block explorer to determine their origin and destination, which has served to stop computer criminals on a global scale.

For this reason, Fanusie drew attention to the fact that Hamas’ call to donate BTC is an example of poor security, as is the use of centralized exchange wallets, with security policies that include KYC mechanisms, anti-money laundering and terrorist financing. An action that, as is already known, leaves traces to follow.

However, this approach is not necessarily naive and should not be dismissed. Although law enforcement is concerned about criminals using so-called privacy coins to evade detection, bitcoin remains the dominant crypto currency for cybercrime. More anonymous coins are harder to buy and decentralized exchanges have lower trading volumes and are complicated to navigate.

Despite these terrorist learning considerations, a special agent of the U.S. Drug Enforcement Administration (DEA), Lilita Infante, said in August 2018 that five years ago the percentage of criminal acts behind cryptocurrency transactions was 90%, a figure now reduced to 10% of transactions.

In this sense, the agent, who is part of the team of 10 people in charge of cyber investigation within the DEA, says that what has increased since 2013 is the total volume of transactions associated with illegal uses (although within the same percentage), in addition to speculative trading with crypto currencies.

For the official, the aforementioned decrease in the percentage is due to the fact that law enforcement agencies are also using this technology to carry out their operations. As a result, both the Bitcoin and other blockchain platforms have become resources that make it easier for officers to track transactions and identify people. The same has been happening with wallet addresses, which have stopped obscuring the identities of users, as well as private crypto currencies.

This approach coincides with what Fanusie says, who also states that the authorities now have more tools to counteract crimes with crypto coins. However, he advises regulators to address the problem of jurisdictions that still have loopholes that make it easier for terrorists or criminals to protect themselves.