Home » Lightning Network's stunning growth has been fueled by Plug & Play Nodes. Here is an overview of top devices.
News

Lightning Network’s stunning growth has been fueled by Plug & Play Nodes. Here is an overview of top devices.

Expansion of the bitcoin microtransaction network, Lightning Network (LN) is a reality. Just over a year after its official launch, this second layer solution for Bitcoin’s scalability is becoming more and more established. Proof of this is the increase in nodes and pay channels of the network, as well as the routing capacity in BTC.

An extremely significant aspect is the increase of the network nodes. According to 1ML, currently the network has a total of 6,335 public nodes, this figure includes active and deactivated nodes, a figure that has not stopped growing since its birth and has dramatically increased, coinciding with the new offer of plug & play nodes (connect and use), which make it much easier to operate a node than it has been until now.

One of LN’s most criticized points is the technical difficulty of operating a node, which involved the need for the user to know and operate certain command lines.

Solutions such as Pierre Rochard’s node “launcher” (which includes a simple configuration guide for an LN node) have been developed and this irruption of these easy-to-operate, pre-synchronized nodes with friendly interfaces could have significantly boosted the increase in LN operating nodes globally, which have shown a significant increase in recent months.

Remember that an LN node monitors the state of the Bitcoin blockchain and interacts with other nodes of the second layer network, to complete the routing of bitcoins through the payment channels. Each network node keeps track of who has what amount of BTC in each payment channel it hosts.

It should be noted that operating an LN node could generate a new business model to earn satoshis, as operators charge a small fee for transactions that are completed thanks to their node.

In this article we present the main options of plug&play nodes for LN, so you can see first hand what equipment you need and choose the one that suits you best, in case you want to buy one.

Casa was the first company to create this type of device. Recall that on September 4, 2018, Michael Borglin (who is part of Ramp and joined Casa) announced the launch of this pre-synchronized node with easy configuration.

This is what the House node looks like. Source: HODL House.

The objective was clear: to create a less technical way for users to use LN, without affecting the privacy and personal control of bitcoins linked to the node channels. Home users do not need to have knowledge about the programming code of the node, they simply connect it and follow instructions.

The node has clients for Bitcoin and LN, and is pre-synchronized with the Bitcoin blockchain in order to activate the device quickly. Customers make and receive payments, and its interface allows you to easily open and close channels. At its launch, only 100 units were offered to the public, although more have already been sold. The development of the node has been continued, with several updates, the most recent, last January 14.

“We design tools to help you achieve your financial freedom,” reads their website. NODL’s bet with The Box is to provide an easy-to-use tool for new users to join the LN network, reducing technical complications to a minimum.

In addition to a management interface created by NODL, the node has the option to install Lightning Daemon (lnd), client version created by Lightning Labs. In addition, it has the Bitcoin client version of Bitcoin Core, with a one-click installation. It is also compatible with BTCPayServer, the payment processor over LN, created by Nicolas Dorier.

In October 2018 the company created its first list of pre-orders, after having created 21 The Box and having invested a little more than 1 BTC in the tests prior to the development of these units. The equipment allows the installation of lnd and Bitcoin Core, as well as the option to enable Dorier’s payment processor.

In August 2018 people responsible for Lightning in a Box offered a solution to create a low-cost Lightning node. This model ended up being the basis for their own product, a box with a minimalist design that can also be upgraded with more colorful cases.

The company therefore has Lightning in a Box and BTCPi, two easy-to-use hardware. The first was designed mainly as a node (with lnd and Bitcoin Core), while the BTCPi was designed to provide a bridge for the commercial implementation of BTCPay Server, although it also has the option of installing lnd.

Although Lightning Farm’s Thunder ended its pre-sale stage (and has not announced a new hardware production), it is also a plug&play node project. Like the previous ones, the goal is to minimize friction to less experienced users to get their node up and running. It uses a Rasperry Pi B as a base. 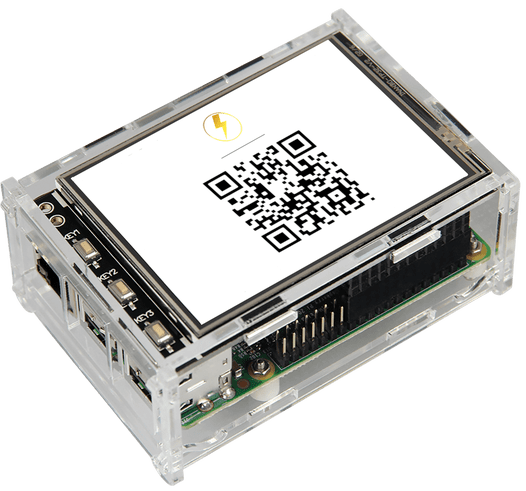 Through Lightning in a Box you can also get a Raspiblitz, an easy-to-operate LN node, which is cheaper than the other products offered on their website. It is a simpler device, but it still has lnd and the possibility to easily install Bitcoin Core.

The increase in node activity has coincided with an ever-increasing supply of easy-to-use nodes, as well as increasingly comprehensive – but simple – guidelines for programming these nodes. This may have influenced the increase of active nodes.

The common primary goal is to help the mass adoption of Bitcoin and LN, in order to make bitcoin an easy-to-use currency, with instant, low-cost transactions, global in scope, and not dependent on governments or banks.

Rebutting the Myths: Criminal and terrorist activity behind crypto transactions is down from 90% to 10% of the transactions