CARDANO (ADA) Just Experienced The Best Week In Its History

Cardano which is ranked 7th while LTC ranked 6th on the Coinmarketcap, there has been a very fierce competition between the two.

This war may have caused people to neglect what CARDANO (ADA) has achieved over the past few months.

After surpassing LTC and securing 6th position last week, Cardano is riding stronger nowadays and is performing pretty well. There was a news about the two impending testnets as well which will enhance the platform and will be launched later in the month.

The upcoming Project Goguen will be made successful by K-EVM which will be launched on May 28, 2018 and IELE which is also launching around the same time.

Once implemented, Coguen will mean that any project can be easily launched on Cardano Blockchain and this will increase its influence on cryptocurrency space.

Moreover, it was boosted by some of the new pairings on Binance and Huobi cryptocurrency exchanges earlier this month. Also, there was some time for the speculation that this crypto has been primed for the listing on US-based Coinbase.

Since that is the major platform, it means, when ADA is added, the coin can be accessed by a lot of individuals who are very much interested in the future valuation of this crypto and those who like the main idea behind its peer-reviewed protocol along with independently audited accounts.

This has helped a lot in instilling confidence in the investors. While the real battle isn’t on the trading floors but the way how this blockchain technology will be exploited for transforming lives.

Still not sure why Cardano is among the most improving coins right now? Well, all of these things are dramatically pushing the IOHK-led project to new heights with each day passing.

Also, with each new milestone being achieved, Cardano is expected to become the leading cryptocurrency.

The Weiss Cryptocurrency Rating site has also recognized this and once again they rated Cardano as one of the best performing projects.

It depends a lot on how Cardano has improved during the past few days. Here is what the company has to say:

Cardano To Be Used By Ethiopian Government

This week, Cardano has revealed that they have break all previous records by entering into agreement with Ethiopian government. 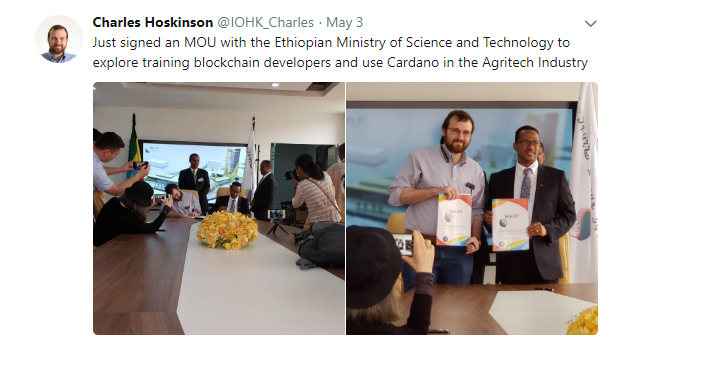 There is a high chance the Ethiopian Ministry of Science and Technology will incorporate Cardano in their Agritech industry.

Also, the developers in African country are starting to train on the utilization of Cardano blockchain technology, which will be effective by the end of 2018.

This could prove to be a vital step for this cryptocurrency only if the said MOU is honored.

Finally, Cardano Wallet specification will most likely produce the highest quality cryptocurrency wallet that meets certain standards. As per the statement released by IOHK, “the focus on such specifications isn’t always the user interface, but the quality of how the software communicates with the blockchain. Especially of interest is the question of how the user “balances” is dealt with.”

IOHK CEO Charles Hoskinson reacted to this statement saying, ““The release of the formal specification of the Cardano Wallet Backend is a major milestone for us and for all crypto. You should demand this standard for all protocols”

More amazing, Cardano team is also giving away 10,000 ETH to celebrate their $10 million worth of transactions. 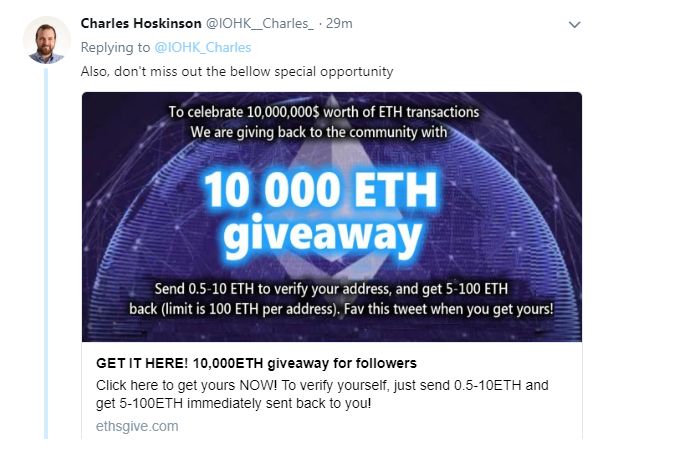