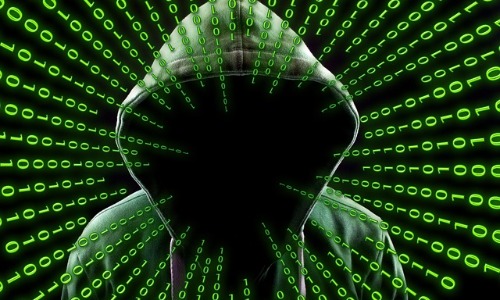 Crypto Aware reports that $1.7 billion worth of crypto currencies were stolen between 2011 and 2018, via hacking or scams. This is a phenomenon that has clearly increased, since 40% of the sums stolen were in the first three months of this year.

Since 2011, hacking and crypto-currency scams have caused an estimated $1.7 billion in losses.

2018 is already a record year in terms of thefts and scams linked to digital currencies.

This is what Crypto Aware, a site dedicated to the security of crypto-currencies, said, which compiled data from the main hackings and scams that occurred in the ecosystem between June 2011 and March 2018.

These figures show that the equivalent of over $1.7 billion in cryptocurrency was stolen over this period. And nearly 40% of that money – or $670 million in digital currencies – has been lost in the last three months.

Among the main attacks, Crypto Aware mentions the hacking of the Japanese exchange platform Coincheck, last January – it had lost 500 million NEMs, or 530 million dollars – or that of Bitgrail, which occurred the following month – the platform had been stolen the equivalent of 170 million dollars of Nanos.

“Cryptocurrency is receiving more and more validation as a means of value transfer, with top coins reaching historically high prices toward the end of last year. This attracted a lot of new, unseasoned investors who are not well versed in terms of online security and who are identified as easy targets by scammers,”

For Anna Wu, it is this outbreak that would be at the origin of the intensification of attacks against the holders of crypto-money :

“Cryptocurrency frauds, scams, and hacks tend to rise every time there is considerable upward momentum in pricing for cryptocurrency market, so be extra cautious when the market is bullish”, Wu added.

Aside from the high volatility of these assets, Crypto Aware has also warned about the risks associated with “storing” its crypto currencies on exchange platforms – platforms that manage very large quantities of digital assets, and which are, as such, the target of many hackers. The site therefore recommends that investors turn to “cold storage” solutions to put their coins in.

“If it sounds too good to be true, it probably is.”

While last year they raised $5.6 billion, more than half of the startups behind these sales have already failed. And some of them, like Confido or Centra have raised funds… without ever having really sought to develop the product for which these sums had been collected.

“If it sounds too good to be true, it probably is. Investment scams often try to take advantage of the gullibility of participants with unrealistic returns on investment. Don’t be too greedy”.

She also cites phishing scams, “which are by far the most popular scams. You can easily avoid them by comparing the address of the site you are visiting with the official address, carefully checking each character of that address.

Neo Price Prediction – Nov 25th: Giving Away All Gains From...