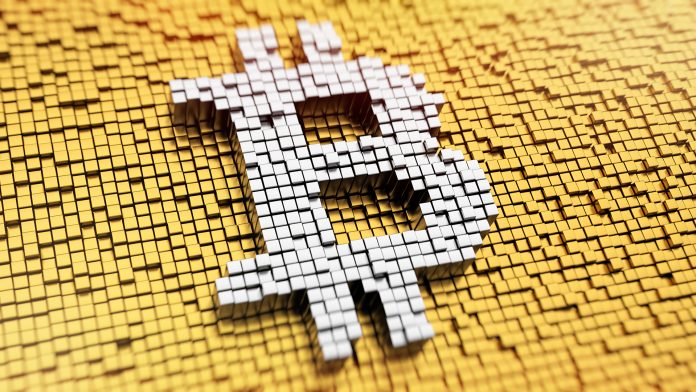 Myths and legends entwine around the whereabouts of millions of to date lost Bitcoin. Unsurpassed, however, is the BTC fortune of Bitcoin creator Satoshi Nakamoto, presumably destroyed for all eternity. A short story about the curiosities of cryptography.

Cryptography is all well and good. But what if you lose your private key due to carelessness? Bad luck. Unfortunately, it’s that simple. The SHA-256 hash function is a good thing for security in the Bitcoin network. It’s not for nothing that SHA stands for “Secure Hash Algorithm”.

And Nakamoto has really taken security seriously. Because both the Bitcoin Mining and the mathematical connection between Public Key and the address is based on SHA-256. And that is really bomb-proof. Key collisions are mathematically extremely unlikely.

It is more likely to find a gold coin sunk in the Atlantic than to guess a matching private key by chance.

Ergo: The probability of finding lost Bitcoin keys tends towards zero. What can be a disaster for the individual Bitcoin enthusiast can sometimes lead to curious stories. Here are five cases of lost BTC.

A classic right at the start. Do you remember the guy who tried to dig for Bitcoin on a dump? His name is James Howells and he has changed sides in the meantime. Apparently he’s holding Bitcoin Cash now:

At the time, Howells (or one of his colleagues, you don’t know for sure) dumped a hard drive with 7,500 mined BTC on a Welsh dump. Since then, the software developer has made headlines with his persistent fight against the authorities in his community of Newport. Instead of sticking his head in the sand, the computer engineer set about searching the landfill for his treasure. But so far without success.

Similarly absurd is the story of Wired. The technology magazine even dedicated a veritable reportage to the story about 13 lost Bitcoin. And it goes like this: Apparently the editorial team of Wired received an ominous device from Butterfly Labs in 2013. The square, black box soon turned out to be a Bitcoin Miner. It’s easy to forget, but Bitcoin Mining hasn’t always been dominated by gigantic farms near the Arctic Circle.

At that time, you could still go on a Bitcoin hunt with your home computer. They did this until they had 13 BTC together. However, it didn’t take long until the question of how to use the coins was raised. Various suggestions were put forward and due to the lack of more sensible alternatives, the Wired editorial team decided to destroy the coins. “Ouch,” some people will certainly be disappointed by today’s value.

Contrary to the first-mentioned fortune, Wired did not destroy his 13 BTCs by mistake, but intentionally. Fully aware that the coins could one day have a “six or seven-digit value,” Michael Calore, editor in Wired’s technology department, describes.

Will the editors regret their drastic move today? One can only speculate.

3. Elon Musk also doesn’t know where his BTCs have gone.

Whether Elon Musk only wants to go to Mars or “to the moon” is not known to this day. In the past, the technology fanatic and serial entrepreneur Musk made several hints in this direction. Whether and which crypto currency he holds, however, nobody knows to this day.

A tweet in November 2017, however, revealed that a friend sent him some crypto money back then. However, he doesn’t remember where his Satoshis stayed.

Not true. A friend sent me part of a BTC a few years, but I don’t know where it is.

Anyway, Musk’s relationship to the crypto scene is based on a kind of coquettish distance. It wasn’t until autumn last year that the Tesla founder took the liberty of joking and imitated the scam scam that had just grown up, in which fake accounts of prominent people promised free tokens. Without further ado, Twitter blocked Musk’s account – and thus contributed to its amusement.

If anyone has ever wondered whether there is a cap on transaction fees, please refer to the following story. Spoiler: There is no spoiler. The next story goes down in the annals of the most curious Bitcoin transactions in the history of currency. It revolves around probably the most expensive remittance in the network.

In 2016 this tweet of the user @ActualAdviceBTC caused a sensation:

It seems as if when sending BTC to an unknown wallet, everything that can go wrong went wrong. The user has sent Bitcoin the equivalent of about five US dollars – and paid fees for it in the current equivalent of a single-family house.

Vice had prepared the story back then, but couldn’t bring much to light about the background. What remains is the realization that Bitcoin, as a peer-to-peer currency, is aimed at the personal responsibility of users. Errors – if they are such in this case – can no longer be reversed.

Legends and myths revolve around the whereabouts of Satoshi Nakomoto’s Bitcoin fortune. Neither the whereabouts nor the amount of the Bitcoin creator’s fortune are known. Rumor has it that the white paper author once owned up to a million BTCs – but legend has it that he destroyed the private key.

According to a BitMEX investigation, however, one million BTC was a little too high. Even the Bitcoin pope could not have mined that much BTC. The authors estimate the wealth of the richest Bitcoin owner at 600,000 to 700,000 BTC.

Does Satoshi have a million bitcoin?

Although the evidence is far less robust than many assume, there is reasonable evidence that a single dominant miner in 2009 could have generated around 700,000 bitcoin. 1 million bitcoin may be an overestimatehttps://t.co/KReJ1e78yw pic.twitter.com/RkE8khEA8S

With all the speculation, however, one thing is clear: if the Bitcoin dad ever decides to move his digital treasure or even sell it, it would trigger an earthquake in the scene.

Yale Professor: Bitcoin should be an indispensable part of an investor’s...