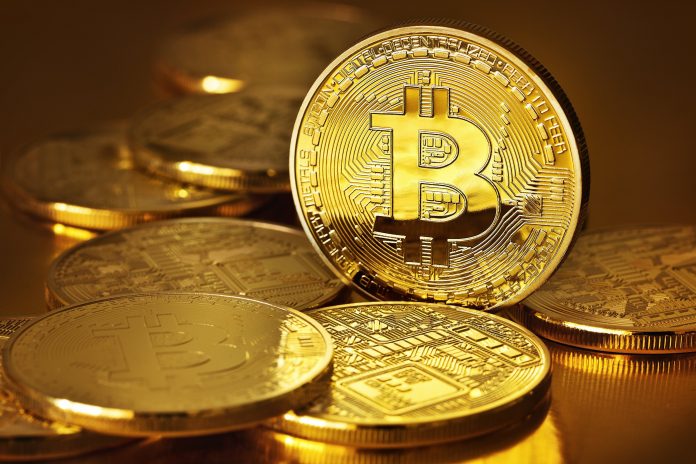 While bitcoin is the best known and most valuable crypto currency, its blockchain faces numerous challenges – mostly privacy and scalability related. To overcome these challenges and expand the crypto currencies as a whole, tech pioneers have created many new alternative currencies aka altcoins, each with its own blockchain. These in turn are designed to provide features that bitcoin cannot compete with. As if this set of features weren’t attractive enough, one of these new currencies might even knock bitcoin off his throne.

In an effort to maintain the dominance of bitcoin, Bitcoin Core developers are working on a variety of bitcoin improvement proposals, known as BIPs. BIPs refer to a document that allows developers to make a proposal developed to address a bitcoin network problem. Let’s take for example the presentation and implementation of BIP 141, better known as Segregated Witness (SegWit). As a result, the speeds in the Bitcoin network have accelerated, which has also significantly reduced transaction fees.

In addition, the software upgrade helps to provide numerous advantageous functions. While most BIPs have the potential to positively influence the bitcoin blockchain, there are also some that cannot keep their promises to the announced extent. In this article we look at the three most promising Bitcoin Improvement Proposals.

*Technically, not a BIP, rather a sidechain solution. In a broad sense, it is improvement for bitcoin network so it can be viewed as BIP – bitcoin improvement proposal.

Proposed by Thaddeus Dryja and Joseph Poon in a 2015 white paper, the idea is based on a network that sits on top of the bitcoin blockchain, and eventually settles on it. The network is comprised of user-generated channels that send payments back and forth in a secure and trust-less fashion (trust-less means that you don’t need to trust or even know your counterparty).

Say, for instance, that I wanted to pay you for each minute of video that I watched. We would open up a lightning channel, and as the minutes rolled by, periodic payments would be made from my wallet to yours. When I’m done watching, we would close the channel to settle the net amount on the bitcoin blockchain.

Because the transactions are just between me and you and don’t need to be broadcast to the whole network, they are almost instantaneous. And because there are no miners that need incentivizing, transaction fees are low or even non-existent.

The Lightning Network was made possible by the introduction of multi-signature wallets, through which the parties can process an unlimited number of transactions without storing all details in the blockchain. The only information recorded is the amount of bitcoins in the wallet and the percentage of parties involved.
BIP 112 contains a part of the code that needs to be implemented to make the Lightning Network possible. The upgrade would be implemented as a soft fork.

M.A.S.T. stands for Merkelized Abstract Syntax Trees. It is a cryptographic tool that would allow the addition of complicated datasets to data related to the bitcoin blockchain. The other way around, M.A.S.T. makes it possible to further define data and at the same time reduces the amount of data that has to be recorded in the blockchain.

MAST allows the creation of algorithms with different functionalities and conditions within the Bitcoin Blockchain, enabling only a relatively small amount of data to be inserted in the transaction block.

MAST combines functionalities of Merkle Trees and Abstract Syntax Trees(AST) algorithms to represent programs in a compact and secure way. The data structure of Merkle Trees can be used to efficiently verify the integrity of the stored data.

There are BIPs that plan to implement M.A.S.T. in the Bitcoin network. The first of them is Bitcoin Core developer Johnson Lau’sBIP 114, a proposal to increase network efficiency by introducing a new script that he himself describes as “merkelized”. The script would reduce the need for large transaction data while providing greater transaction privacy.

BIP 116 and BIP 117 were both developed by Bitcoin Core developer Mark Friedenbach and are designed to activate M.A.S.T. on joint implementation.

In BIP 116, it describes an opcode that would make it possible to confirm the data in question as true without disclosing the entire data set. BIP 117 is called Tail Call Semantics and would produce a generalized form of M.A.S.T. in conjunction with the aforementioned BIP. The difference between Friedenbach’s and Laus Proposal is that the first BIP currently supports all scripts in the Bitcoin network, whereas the latter would only support native SegWit addresses.

The greatest advantage offered by the addition of MAST is the possibility of smart contract functionality as well as scalability. Using MAST, it is possible to write a long list of conditions within a spend without a proportionate growth in data. Due to this, it is possible to create complex smart contract on the Bitcoin blockchain. Furthermore, MAST can also help address scalability concerns. The upgrade is quite unique, in the respect that there is no trade-off between efficiency, functionality and privacy.

This keeps the amounts transferred visible only to participants in the transaction (and those they designate), while still guaranteeing that no more coins can be spent than are available in a cryptographic way.

This goes a step beyond the usual privacy offered by Bitcoin’s blockchain, which relies purely on pseudonymous (but public!) identities. This matters, because insufficient financial privacy can have serious security and privacy implications for both commercial and personal transactions. Without adequate protection, thieves and scammers can focus their efforts on known high-value targets, competitors can learn business details, and negotiating positions can be undermined.

Before SegWit, implementing confidential transactions in Bitcoin blockchain would have required a hard fork. Since the upgrade, however, it has been possible to add and implement the code using Soft Fork.

The activation of confidential transactions would enable Bitcoin to compete with other privacy oriented coins such as Monero (XMR) and Zcash (ZEC), which have benefited from the increasing demand of users of digital currencies for transaction privacy.

Bitcoin [BTC] price will be bullish in the short term, says...