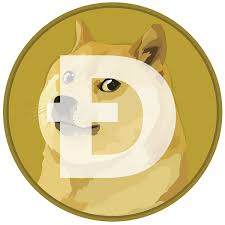 Who would have thought that DOGE is gonna become a stablecoin? Since a stablecoin is a coin that is tethered to a certain value and since Dogecoin is sitting at around 40 sats for weeks and months now, it fits this definition.

As you can see on the chart below, Doge started a landslide against BTC back on April 4th, when it stumbled from its local high of 85 sats.

It kept rolling down all the way into the horizontal channel between 34 and 45 satoshis. It entered this area back on May 7th and hasn’t left it since.

Volume is non-existent if we measure it by the Messari’s “Real 10” metric. Dogecoin has only $260k of real volume (volume on the top 10 exchanges that have proven track record of no manipulation or wash trading). The reported volume is much higher at $64 million, making the volume overstatement a staggering 227x. This is one of the worst ratios in the whole market.

Even though the market metrics don’t look good, onchain data portrays a much better image for Dogecoin. It still ranks high in terms of onchain activity, active addresses and number of transactions.

It had 25k transactions and 70k active addresses in the last 24 hours putting at 10th and 4th place of the whole industry, respectively.