Blockchain Has A ‘Very Little” Obvious Benefit To Society

During the HM Treasury Select Committee debate which was help in Parliament this morning, the MPs were told that Blockchain has a ‘very little obvious benefit to society’.

There has been a serious debate among the MPs as to the level of risk that digital currencies hold for the consumers, Government and businesses. They also highlighted the benefits that the blockchain technology can bring to UK’s top financial institution and Bank of England.

The crypto members are very much interested in further regulation in order to close distance between themselves and the institutional investors in the City of London. This would result in in an increase that the pensions, savings and investments would finally find value in Bitcoin, Ripple and Ethereum, etc.

But, during the session on digital currencies which was led by Conservative MP Nicky Morgan, one of the experts bashed the blockchain technology as, “an area where some people can make lots of money, but there is very little obvious benefit to society.”

Moreover, Martin Walker, which is the director of Center for Evidence Based Management says, “much of the hype around the technology emerged from a “list” circulated on social media and copied from “consultancy paper to consultancy paper”. 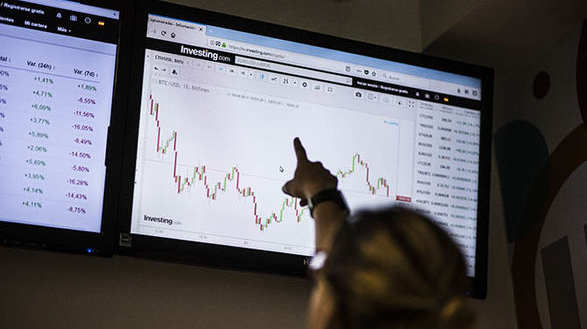 He also said, “All that it takes to make a credible idea into a fad is people just switch off their brains and stop thinking. Over 20 years in and around the banking industry — blockchain is a fad but I have seen many fads in my career.”

When Mr. Walker was asked as to how blockchain differed fromm traditional databases, he said that the firms are relying on Bitcoin’s underlying technology in order to solve all of their problems as a universal panacea.

Ryan Zagone who is the director of regulatory relations at Ripple supported the technology as said, “there’s a lot of hype around the technology right now” blockchain allows us to “validate, store and synchronise information across many different parties more securely and efficiently than we have done before”.

He also mentioned his views on how different businesses and governments can make use of this technology saying, “The payment space is quite outdated. A cross border payment usually takes about two to four days – Ripple can do it in four seconds.”

Still, Walker’s called the blockchain technology as a “fad” and said, “In terms of demonstrable benefits there’s a big problem in the blockchain world with confusing ‘could’ for ‘is.’ “All that it takes to make a credible idea into a fad is people just switch off their brains and stop thinking. Over 20 years in and around the banking industry — blockchain is a fad but I have seen many fads in my career.”

Still, the crypt-community wants to bridge the gap between finance and digital currency. CryptoUK has set some new plans for HM Treasury in order to make cryptocurrency investment as a regulated activity under Financial Conduct Authority.

The proposals they gave along with HMT replicating peer-to-peer finance legislation in order to bring cryptocurrency platform under FCAs remit.

Iqbal V Gandham who is the Chair of CryptoUK says, “Introducing a requirement for the FCA to regulate the ‘on-off’ ramps between crypto and fiat currencies is well within the remit of HM Treasury. “Based on our analysis, this could be achieved relatively easily, without the need for primary legislation, and would have a huge impact, both in reducing consumer risk and improving industry standards. “This is an approach which is already working well in other countries, who are now taking the lead over the UK, for example in Japan and Gibraltar.”

ETHLend: Crypto-to-fiat lending possible in the near future